Building automation of high modern buildings or small luxury villas can be seen as a concept work, including hardware and software support for the electric system automation. General structure may be regarded as a three-level unit.

The basic level requires the control combined with physical hardware, such as “Field equipment”, which is electrically controlled and measured. Control elements “Engine Valve” or “Engine damper” are examples of devices that are controlled by an analog signal. 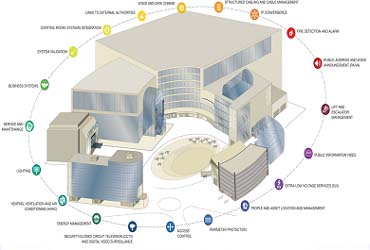 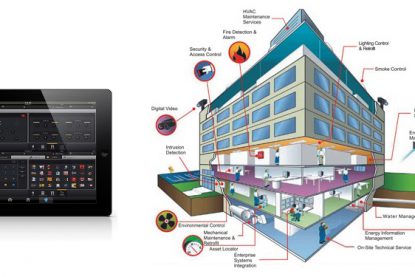 Accordingly, the analog signals are continuous. When standardized, the “Input-output modules” use different signal types for information exchange with field equipment. Field equipment has individual connections with each device performed by physically separate electric cables. Each module can be used for a single device and there are module models that can be connected to multiple devices. The third level involves a controller. It uses a single communication cable and communication protocol to collect and interpret the information received in a short time cycles from input and output modules. The controller generates outputs as previously programmed.